ARRIVING TO GOLDSMITHS ON SEPTEMBER 4TH 2020

The Pasha de Cartier has been a cult watch since its creation in 1985. Its power caught the eye of the generations' opinion leaders. Initially adopted by men; then immediately appropriated by women for the power it exudes. A standout watch that loves light, assumes its excesses and asserts its strength of character. Faithful to the original model but even more sophisticated with its crown featuring a blue spinel or sapphire, interchangeable strap and its multiple possibilities of personalisation, the Pasha de Cartier watch for the 2020s is classic yet contemporary and remains as edgy as ever.

Pasha de Cartier is an extrovert watch which embraces an assertive graphic signature, stepping outside of the box of classic watchmaking. With its distinctive codes and extraordinary design, the Pasha watch is for those who think big. A broad worldview which echoes a whole new generation of successful talents. Their success is reflected in new, unique and diverse creative projects being launched in 2020 that set them apart from previous generations. 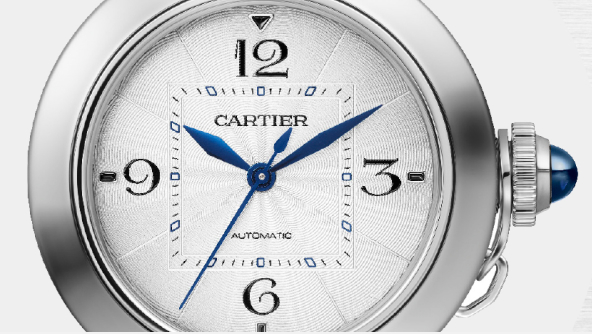 Square in a round dial & oversized crown 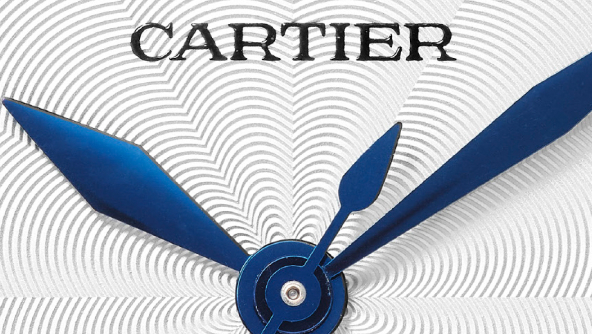 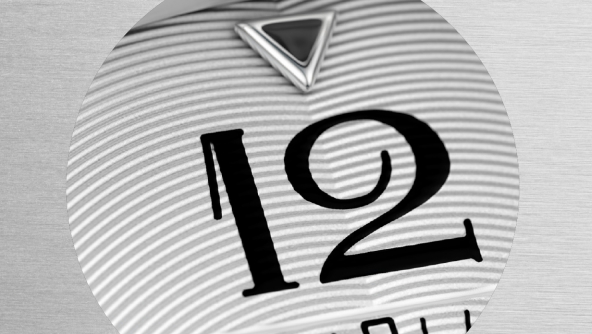 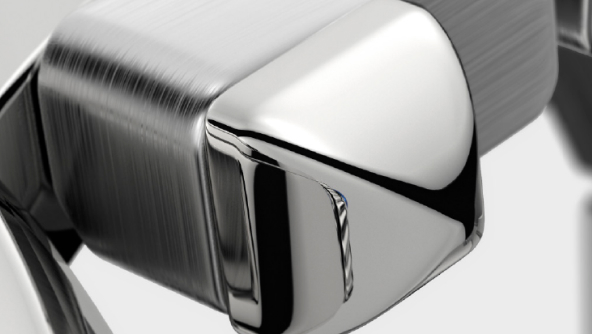 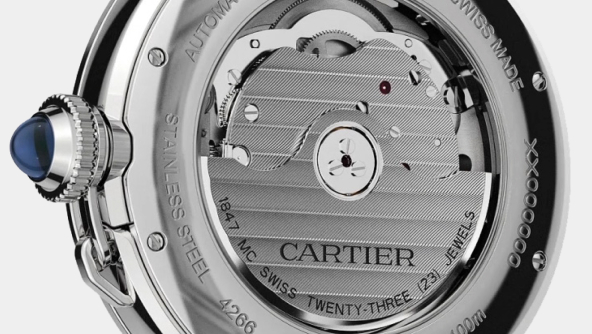 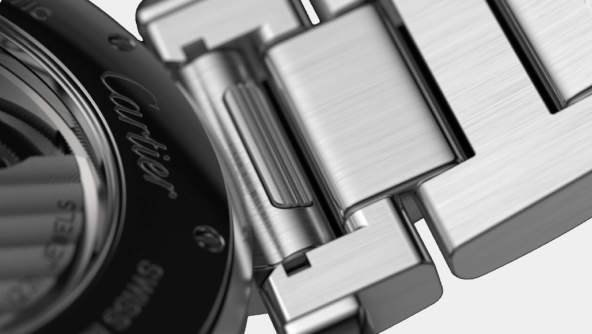 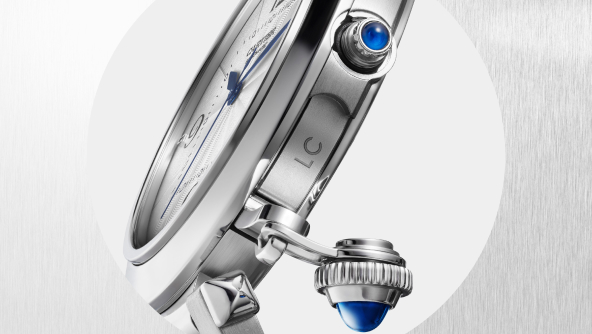 The new Pasha de Cartier, an extrovert and unisex watch

A sophisticated design for a strong ergonomic appeal

Featuring a steel, yellow gold or pink gold case with paved bezel option, a chained crown set with a blue spinel or sapphire cabochon and a silvered and guilloche dial, the Pasha de Cartier collection includes many models, all equipped with 2 leather straps or one leather strap and one metal bracelet.

Equipped with a sapphire crystal case back that reveals its movement, the new Pasha de Cartier watch is endowed with the 1847 MC automatic calibre. This in-house movement goes further still in the quest for performance and reassurance thanks to its resistance to both magnetism and water (up to 100 metres), and a 40-hour power reserve. 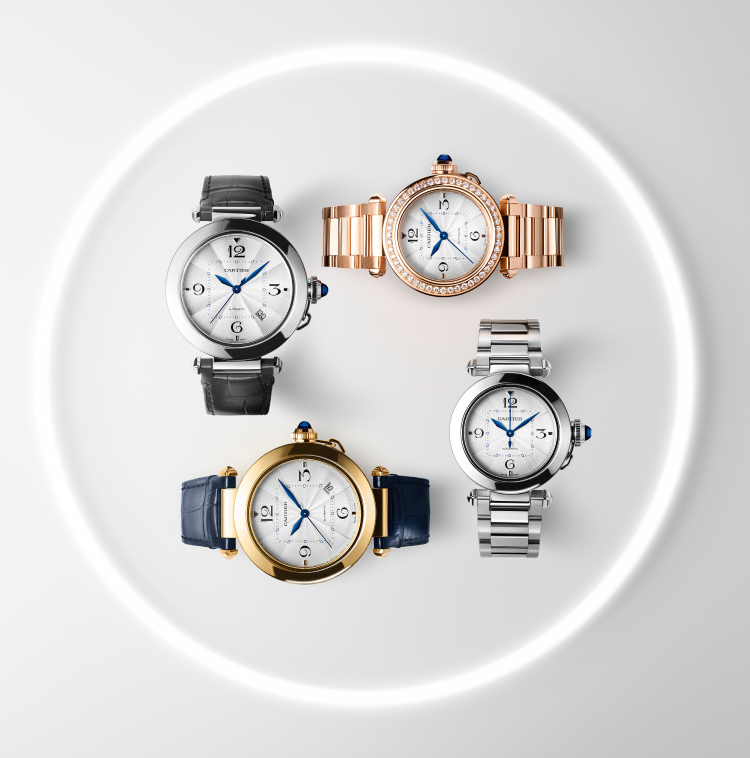 Select one of the models below for more details on the new watch, and to register your interest with us. 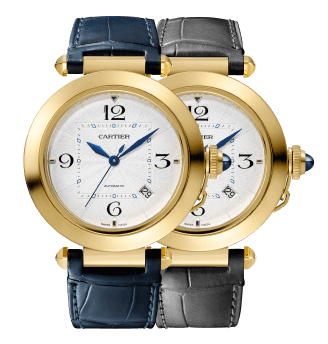 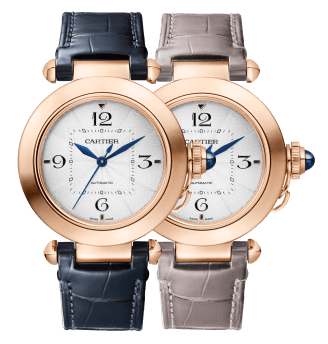 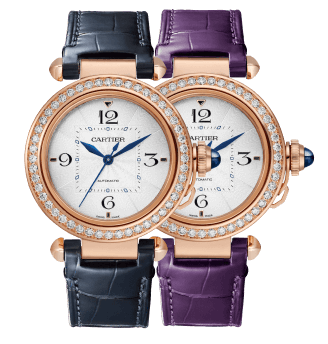 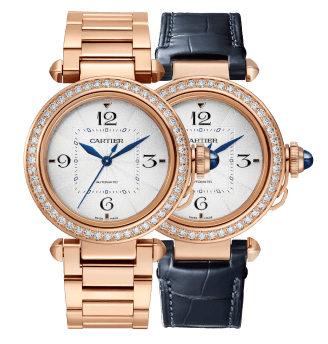 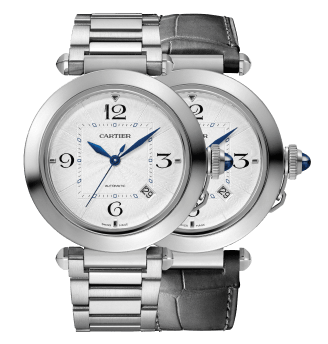 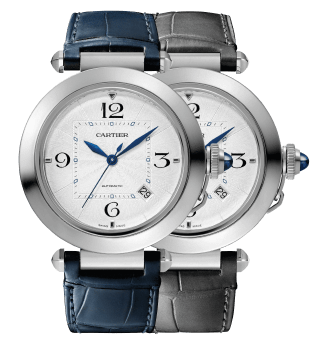 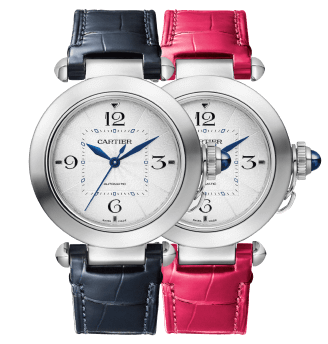 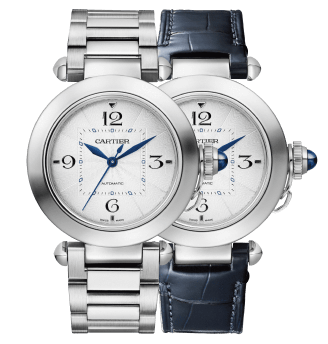 See It In Person

The Pasha de Cartier will be available to view at selected stores or virtually via Zoom. Please register your interest here and we will be in touch.

Thank you for registering your interest.

Goldsmiths is a trading name of Watches of Switzerland Company Limited. Registered Office: Aurum House, 2 Elland Road, Braunstone, Leicester, LE3 1TT, Registered in England and Wales, Company number 00146087. Registered VAT Number 834 8634 04. Watches of Switzerland Company Limited acts as a broker and not a lender and offers finance from Secured Trust Bank PLC trading as V12 Retail Finance and PayPal (Europe) S.à r.l. et Cie, S.C.A., 22-24 Boulevard Royal L-2449, Luxembourg trading as PayPal Credit. Watches of Switzerland Company Limited is authorised by the Finance Conduct Authority. Our registration number is 308710. Credit provided is subject to age and status. Terms and Conditions apply. UK residents only. We may receive a commission if your application is successful, and the amount may vary depending on the product chosen and the amount of credit taken out.